Camilla is a Companion Animal Epidemiologist, working within the VetCompass Programme . Her aim is to utilise primary-care data to provide a reliable evidence base to support improved welfare in companion animal species.

Camilla obtained a Bachelor of Veterinary Medicine from The Royal Veterinary College in 2015 and worked in first opinion small animal practice upon graduating. She developed an interest in research whilst an undergraduate and returned to The Royal Veterinary College in 2017 to complete a Master of Research degree in Companion Animal Epidemiology within the VetCompassTM team. Specifically, she studied the associations between neutering and urinary incontinence in bitches under primary veterinary care in the UK, which is a hotly discussed topic amongst veterinarians.

Camilla's research is based on primary-care veterinary clinical data collected via the VetCompass Programme. During her Masters her focus was on exploring the associations between neutering and urinary incontinence in bitches. Following this, Camilla is working closely with Dr Dan O'Neill and Professor Dave Brodbelt to improve understanding of the role of breed in relation to disorder prevalence and severity. 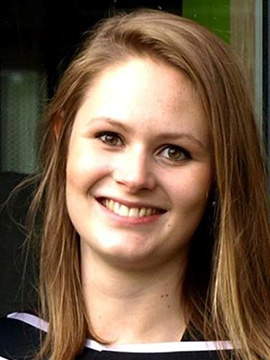