The Society for Experimental Biology's (SEB) Annual Main Meeting was held in Prague from 29th June to 3rd July. This is an important conference for SML members as biomechanics is heavily represented amongst the scientific sessions. As with most years, the lab had a strong presence, with a number of colleagues giving talks and posters. 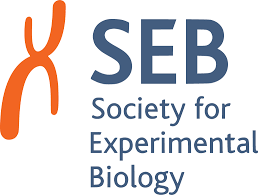 Professor Alan Wilson gave a key presentation in the 'Ecophysiology: Movement Ecology' session based on ongoing work under his LOCATE project. He gave insight into the biomechanics of ranging and hunting in African carnivores and used the opportunity to demonstrate SML's innovative tracking technology used on cheetah and African wild dogs, amongst other species.

In the 'General Biomechanics' session, Dr Jim Usherwood presented his research on scaling of work and power, with his own children as an example of scaling in running, while Amber Collings and Dr Laura Porro gave sequential talks on their work in frog biomechanics: Amber looking at pelvic movements in walking and Laura focussing on jumping. Our PhD students were out in force in this session as Alessandro Felder showed a very mathematical approach to biology and Sophie Regnault wowed the audience with some 3D graphics of ostrich knee caps. The lab was equally well represented in the poster sessions with Dr Chris Richards focusing on multi-functional frog limbs; Dr Jeff Rankin looking at walking in fire salamanders; Dr Jim Usherwood giving some inspiring thoughts on bipedal hopping; Dr Zoe Self demonstrating her outreach work and Michelle Reeve showing how spiders cope with losing a leg.

The conference provided an opportunity for researchers to gain feedback from other, well-regarded scientists in their field. Discussion is often furthered informally through social events which also offer the opportunity to maintain academic relationships with former colleagues. At SEB this year, lab members were able to catch up with alumna Dr Aleksandra Birn-Jeffrey, who completed her PhD at SML. Previously focussing on running in birds, Aleksandra now studies insect biomechanics at Cambridge University.

If you would like to see more, the conference was heavily covered live on Twitter by researchers attending, using #SEBAMM. This allowed the attendees a forum for discussion and informed those unable to attend of the key points. 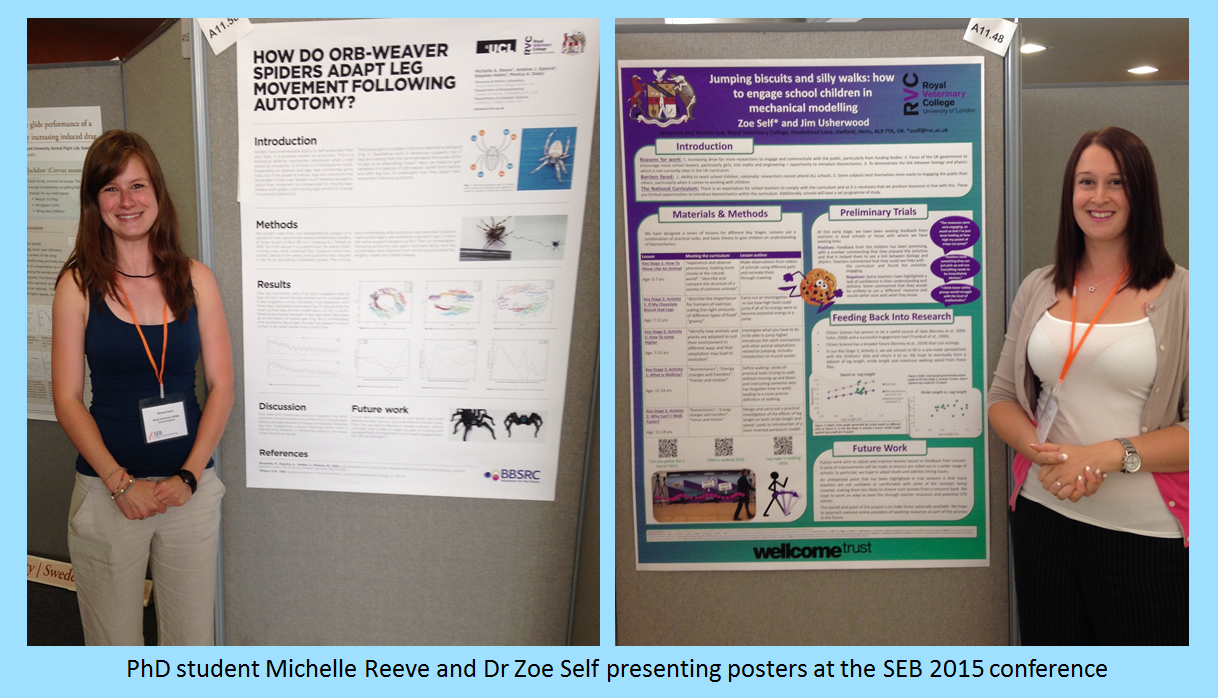