Structure and Motion lab featured in Journal of Anatomy with crocodile and alligator limb research.

A team of researchers led by members of the Structure and Motion lab have been investigating why alligators do not appear to use galloping gaits whilst the anatomically similar crocodile does. Research was conducted on the limbs of both alligators and crocodiles to discover the reason for this difference in behaviour and movement.

Specimens of six different species of crocodile and alligator, provided by the Rockerfeller Wildlife Refuge and La Ferme aux Crocodiles, were analysed. The research team examined how the muscles were organised within the limb and the internal arrangement of fibres within the muscles.

They found that crocodiles generally have longer fibres in the limb muscles, which offer more rotation and range in the limb. However, the cross section of fibres within the muscles of alligators was larger than crocodiles indicating greater force could be generated. The findings suggest that the range of movement is influential in enabling crocodiles to gallop while the larger cross section of fibres in alligator limbs could explain their more explosive, forceful movement.

The research was led by Dr Vivian Allen, a Postdoctoral Researcher in Evolutionary Biomechanics within the Structure and Motion lab. The work was funded by the Natural Environment Research Council (NERC) through a grant to Professor John Hutchinson, who played a supervisory role in the research.

The article has been published in the December issue of Journal of Anatomy: Allen V, Molnar J, Parker W, Pollard A, Nolan G, Hutchinson JR (2014) Comparative architectural properties of limb muscles in Crocodylidae and Alligatoridae and their relevance to divergent use of asymmetrical gaits in extant Crocodylia. Journal of Anatomy 225: 569-582 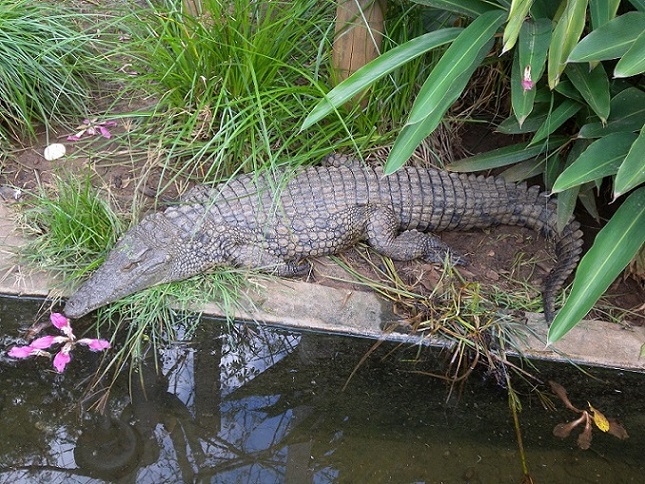