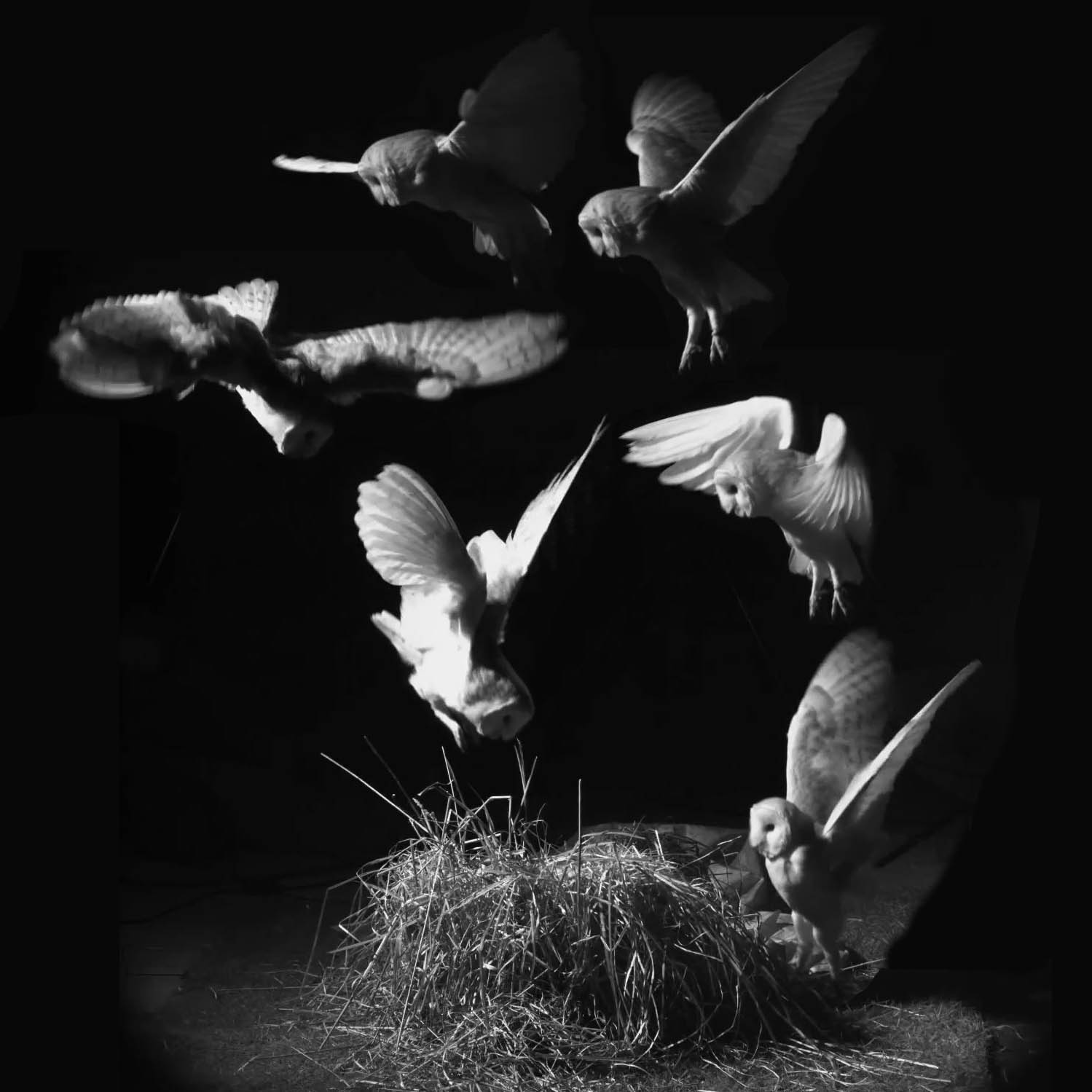 Barn owls are exceptionally good at hearing, and are able to locate prey using only sound. Exploiting this ability, the team used  a trained 10 year old barn owl (named Kensa) to target a beeping box which was hidden in long grass mounted on force plates.  Following a leap from the ground and brief flight, the barn owl executed a plummeting “strike” onto the beeping box target. The force plates allowed the team to measure forces associated with the “leap” and “strike” during this hunting sequence.

Results suggest that the impressive leaping performance of barn owls is aided by having relatively long legs. Energetic leaps lessen the requirement for flapping during flight and, as such, may increase stealth by reducing noise and air disturbance – perhaps important for the successful capture of prey. Despite the comparatively forceful nature of strikes, other features are often necessary to adequately stun and kill prey, for example, a hooked beak and sharp talons.  High strike force may instead enable swift infiltration of ground coverings, such as leaf litter or snow, enabling effective capture of hidden prey.

The paper was published in The Journal of Experimental Biology.

*the mechanics of the motion of bodies under the action of forces.