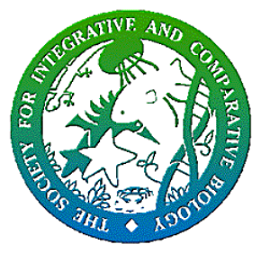 The Society for Integrative and Comparative Biology (SICB) is among the most prestigious professional associations of its kind in the world, bringing together broad disciplines within the field of biology. Each year the society holds an annual meeting to promote the dissemination of new research. The Structure and Motion lab had a very strong presence at this year's conference.

Professor Alan Wilson was an invited speaker for the symposium: Towards a General Framework for Predicting Animal Movement Speeds in Nature. His talk - Optimal Locomotion Speeds in Wild African Carnivores During Hunting and Ranging - demonstrated the current work being undertaken as part of the LOCATE Project.

Dr Oliver Dewhurst, also working on LOCATE under the supervision of Professor Wilson, gave a further talk on this subject, outlining the preferred speeds and gaits in African carnivores, while Dr Tatjana Hubel delivered her talk on the opportunistic hunting characteristics in modern African Wild Dogs.

Dr Richard Bomphrey and his research team delivered insight into their work on the evolutionary biology of flying insects. Dr Bomphrey presented work carried out with Oxford University exploring the stereotypical behavioural patterns used by flies as they explore the world. Dr Toshiyuki Nakata - a Postdoctoral Research Assistant to Dr Bomphrey - explained a new way of modelling the forces generated by flapping wings.

Other researchers from the lab were at the conference to present posters including Professor John Hutchinson, Florence Albert Davie and Dr Nathan Phillips.

The SICB Annual Meeting 2015 was held between 3 - 7 January. To explore the conference in greater detail click here.