A collaborative RVC article whose focus was to compare the prevalence of selected clinical signs in laminitis cases and non-laminitic but lame controls to evaluate their capability to discriminate laminitis from other causes of lameness is featured on the front cover of this week's Veterinary Record.  This is the first epidemiological laminitis study to use decision-tree analysis, providing the first evidence base for evaluating clinical signs to differentially diagnose laminitis from other causes of lameness.

The data were compiled by Claire Wylie who was a PhD student at the RVC.  She was supervised by Kristien Verheyen and Richard Newton (Animal Health Trust). 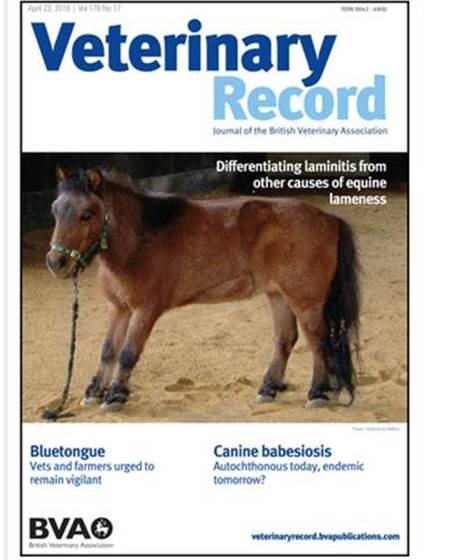