Department: Office of the Principal

Principal, CEO and Chief Accountable Officer of the RVC with overall responsibility for strategic and operational leadership in all matters fiscal and academic.

Stuart is a veterinary graduate of the University of Glasgow where he rose to be Dean (2005-2010) before taking up the position of Principal at the RVC in 2011.

He has been a Fellow of the Royal Society of Edinburgh since 2001 and was a member of the RSE inquiries into Infectious Salmon Anaemia, Foot and Mouth Disease and Avian Influenza. He has been recognised by his peers with the award of the Petplan Charitable Trust Scientific Award (2010), the Wooldridge Memorial Lecture and Medal (BVA, 2010), the McCall Lecture (2012) and was the 2016 recipient of the Dalrymple-Champneys Cup and Medal for the advancement of veterinary science.

A veterinarian who has worked in both the private and public sector, Stuart has served on the executive committees of the professional bodies in Europe, USA and the UK; he has chaired the European Committee on Veterinary Education, been Honorary Secretary to the American Association of Veterinary Medical Colleges  and served as President of the Royal College of Veterinary Surgeons in 2014-2015, the governing body for the veterinary profession in the United Kingdom.  He is Chair of Trustees of The Donkey Sanctuary and sits on the board of the UK Food Standards Agency. He was made CBE in 2018.

With research interests in the application of quantitative epidemiological techniques to diseases of both animals and humans, Stuart has worked in Africa, Australia and the USA and has published over 130 papers and won over £15M in competitive grants. His most recent work, with others, on the One Health aspects of antimicrobial resistance in Salmonella appeared in Science and the Proceedings of the Royal Society and challenged some of the basic tenets of the origin and transmission of resistance.

Reid, S.W.J. (2016) The global picture of accreditation mechanisms for VEEs, and the value of improving them. OIE, Bangkok, Thailand, July 2016. 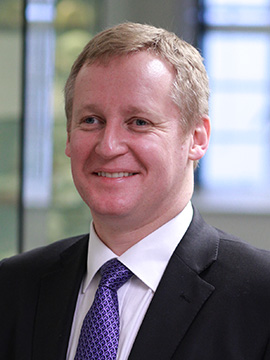