Senior Lecturer in Dairy Herd Medicine with a special interest in dairy cattle.

John is a Diplomate of the European College of Bovine Health Managment and was the first person to gain the RCVS Diploma of Cattle Health and Production. He is a European and RCVS Recognised Specialist. He is former President of the British Veterinary Association, with particular responsibility for livesotck diseases, antimicrobial resistance and the responsible use of medicines. He was previously President of the British Cattle Veterinary Association and of the Hertfordshire and Bedfordshire Veterinary Association. He was examiner in Production Animals for the RCVS Statutory Membership Examination and is currnetly chair of the RCVS Specialistation Sub-Committee.He currently on the Editorial Board of the open access, EBVM journal Veterinary Evidence, which is published by RCVS Knowledge. He is a member of the Defra core GB Livestock Group.

At the RVC he has been head of the Biological Services Unit, Senior Clinical Tutor and from 2013 to 2016 was head of the Department of Production and Population Health.

He qualified from Cambridge University in 1985 with an interclaated degree in Pharmacology. After 4 years in mixed agricultural practice in Cheshire he moved to practice to Essex and then was appointed as Lecturer in Farm Animal Practice at the RVC in 1990 with responsibility for running the college's ambulatory clinic.  In 1997 he was appointed Head Veterinarian to Almarai Ltd the world's largest fully integrated dairy company in Saudi Arabia with 25,000 high yielding cows. He returned to the RVC in 2003 as Senior Lecturer in Dairy Herd Medicine.

John was formally Head Veterinary Surgeon on the Hertfordshire County Show and as the Chief Veterinary Officer of the Royal Smithfield Society. 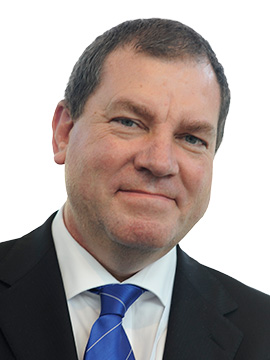