Fiona joined the RVC in October 2010.  Currently she is Director of the UKRI GCRF One Health Poultry Hub and Professor of Experimental Parasitology

Fiona studied Bacteriology and Virology at Manchester University where, in 1980, she also completed her PhD. After working as a virology post-doc at Cambridge University, Fiona joined Houghton Poultry Research Station (later the Institute for Animal Health) as a new investigator. Since the late 1980's she has worked primarily on protozoan parasites of chickens (Eimeria species).

Protozoan parasites of the genus Eimeria cause coccidiosis, a severe enteritis that affects many livestock species and is most serious in poultry.  The parasites are transmitted by the faecal-oral route and they rapidly invade epithelial cells of the gut, causing severe damage and leading to the build-up of heavy parasite loads in the environment.  In the absence of measures to control Eimeria parasites, outbreaks of coccidiosis are inevitable, with occasional high morbidity and mortality, and continual impacts on animal health, welfare and production efficiency.

Fiona's research aims to understand the interaction of Eimeria parasites with the host to develop better control of disease. Much of her research has focused on the molecular mechanisms of parasite invasion and the characterisation of classes of proteins, derived from different parasite subcellular compartments (parasite surface and secretory organelles), involved in the process.  Several are promising vaccine antigens.  She has been involved in studies on the cellular invasion of related apicomplexan protozoan parasites through collaboration with a number of other laboratories. Together with Dr  Damer Blake at the RVC, she is integrating studies on Eimeria population diversity to predict the likely responses of parasites in the field to the introduction of subunit or vectored-vaccines, and developing the use of Eimeria parasites as novel vaccine vectors . More recently the group has begun to work on broader aspects of gut health, microbiomes and parasite-microbe interactions in the chicken intestines,  and also on the poultry red mite, Dermanyssus gallinae, an emerging ectoparasitic disease that is causing severe welfare problems in laying hens.

Current/recent projects are as follows:

BBSRC Industrial Partnering Award: The role of intereukin-10 (IL-10) in the regulation of innate immunity in the domestic chicken 2018-2021. £399K 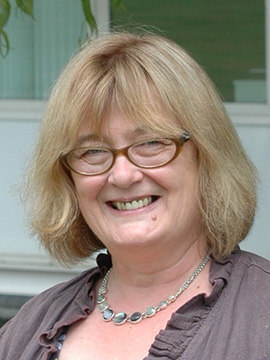