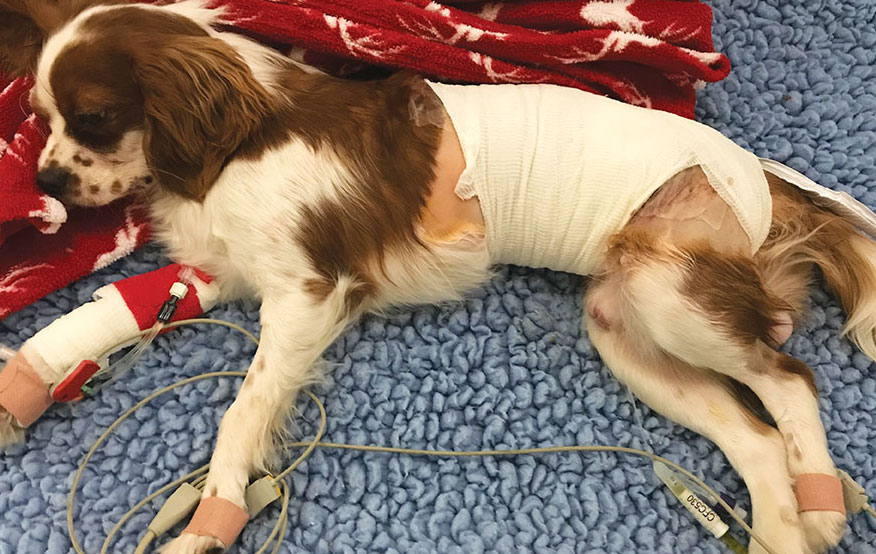 A Cavalier King Charles spaniel was referred to the RVC after being mauled in a park by a mastiff, receiving four deep lacerations in his pelvic region. Prince was not able to support his weight to walk after the attack. The referring veterinarian delivered anaesthesia and closed the wounds. However, there was concern there may have been abdominal penetration and rupture of muscle layers.

Returning to the surgery the following day, as Prince appeared to be in consistent pain, he was treated with buprenorphine and discharged for conservative management. Nevertheless, the persistent pain continued and, upon return, radiographs identified displaced transverse process fractures, pelvic fractures, and an L5 vertebral fracture. Two days later he was referred to the RVC Emergency Referral Service. 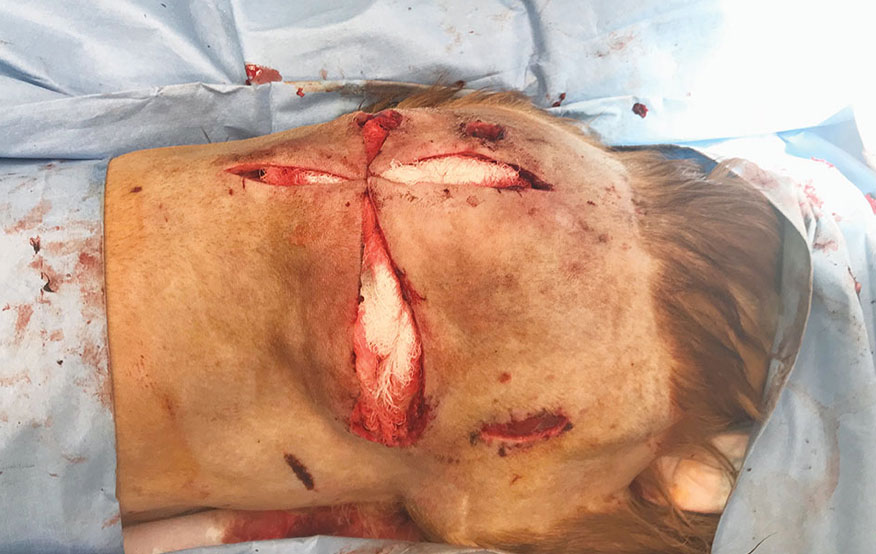 The RVC team hoped to perform surgical stabilisation of the L5 vertebral fracture/luxation on the day of referrals, but exploration of the wounds revealed severe, extensive necrosis with purulent discharge and extension of the wound tracts into the abdominal cavity. The areas were extensively debrided and a negative pressure wound suction drain was applied to facilitate management of the open wounds. Prince had a urinary catheter in place until he could stand up to urinate. A team of vets and nurses discussed his care plan to optimise his nursing requirements, nutrition and pain relief.

On returning to the RVC three weeks later for suture removal and review, Prince was found to be progressing well, his wounds have healed, his neurological examination was normal and he was able to walk comfortably. In fact, restricting Prince’s desire to do too much too soon was the main emphasis of the discussion with his owners.