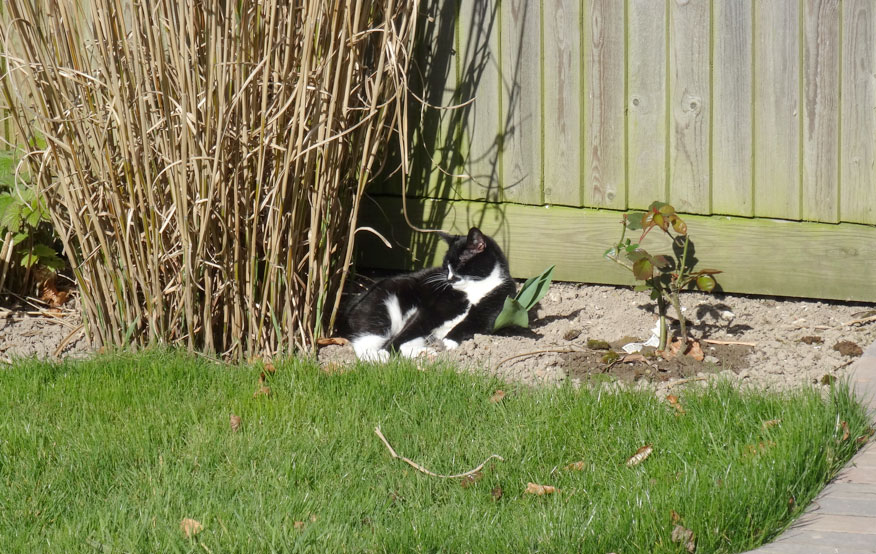 A cat that had severe neurological deficits as a result of a large intracranial meningioma made a full recovery after the tumour was removed by RVC surgeons.

The cat, Mia, who was 10 years old when she was referred to the RVC, had not been herself in the months preceding admission. She came in as an emergency referral, following acute deterioration in her mental status and ability to walk, to the point where she could not stand unaided.

On examination at the RVC she was minimally responsive, with signs suggestive for a severe left-sided forebrain lesion and increased intracranial pressure. She had an MRI scan performed that afternoon, which revealed a very large extra-axial intracranial mass, consistent with a tumour.

The brain tumour was so big that it was causing a marked increase in intracranial pressure. Given the severity of her clinical signs, surgeons from the Neurology and Neurosurgery Service operated that day to remove the mass. Surgery involved performing a craniectomy (a procedure in which part of the skull is removed) to remove the area of bone overlying the tumour, allowing it to be gently excised away from the brain.

The surgery went well and the mass was confirmed to be a type of meningioma. This is the most common feline brain tumour and is typically slow-growing and benign.

Mia recovered well, remaining in the RVC’s small animal Intensive Care Unit for the first two days of recovery, before moving to the feline ward. She was able to return home just five days after the operation and over the next few weeks gradually returned to her normal self.

When attending the RVC for re-examination eight weeks after the operation, Mia was found to demonstrate only subtle neurological deficits, which subsequently fully resolved. The owner has updated the RVC team every year to inform them about Mia’s good progress.

Mia’s case is a good example of the fantastic results that can be obtained for pets with brain tumours, provided they receive prompt referral, investigation and treatment.