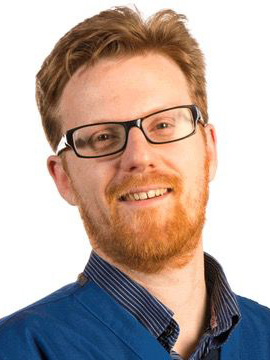 Temporal dynamic resistance of skin and gastrointestinal bacteria in canine pyoderma: Comparison between marbofloxacin and pradofloxacin in an investigator-blinded randomised interventional study.

Almost 90% of pyodermas are caused by Staphylococcus pseudintermedius (Petersen et al., 2002) and infections caused by these bacteria, particularly methicillin-resistant Staphylococcus pseudintermedius (MRSP), can be difficult to treat and represent one of the major causes of skin infections in dogs that have been showing increased resistance to commonly prescribed antibiotics and can be a public health concern.

A type of antibiotic known as fluoroquinolones, especially marbofloxacin and pradofloxacin, are licensed for oral (tablet) use in dogs with skin infections and are usually effective against S. pseudintermedius and other skin pathogens both in laboratory and clinical studies.

In our study, two groups of dogs affected by pyoderma will be treated either with marbofloxacin or pradofloxacin. This is a single blinded interventional study where we will assess the impact on skin and gut flora (bacteria) from cases of canine pyoderma. Especially, dogs will be assessed at specific time points and we will assess whether the treatment will clear the infection and whether we will avoid any antibiotic resistance.

We hypothesise that treatment with pradofloxacin, due to its mechanism of action, low minimum inhibitory concentration (MIC) and Mutant prevention concentration (MPC), will result in higher bactericidal effect and lower selection of resistant bacteria (isolated from skin and faecal samples) compared to marbofloxacin.

Pharmacokinetic data will be combined with MIC distribution together with the relationship between exposure and dynamic of bacterial kill modelled will be used to propose clinical breakpoints (highest MIC value considered “sensitive”) for fluoroquinolones in canine pyoderma.

Outcomes from this work will have an economic impact: It will inform clinicians, regulators and drug companies on clinical cut-offs values for efficacy and minimisation resistance of currently approved fluoroquinolones. This is the aim of antimicrobial stewardship, in line with VETCast, the EUCAST sub-committee for Veterinary Antimicrobial Susceptibility Testing, whose remit is to define clinical breakpoints (CBPs) for antimicrobial drugs (AMDs) used in veterinary medicine in Europe.