Polly is a PhD student working on the project "Understanding the drivers, incentives and economic impact of Foot and Mouth Disease control in Kenya".

After graduating from Edinburgh Vet School in 2007 Polly worked as a vet in mixed practice. Between 2009 and 2011 she worked between small animal practice, as a scientific editor and in a variety of charity roles in Latin America and Africa. In 2011 she started a three year residency in clinical research at Rossdales Equine Hospital, completing the RVC distance learning MSc in Veterinary Epidemiology and Public Health. Subsequently she worked at Brooke, an iNGO that works to improve the welfare of working equids in low and middle income countries. Her role was mainly in the research team, supporting a range of epidemiological and socioeconomic projects. 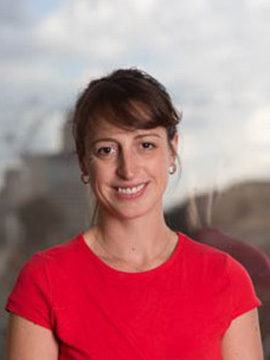