Abbe graduated from the University of Edinburgh, and undertook a Small Animal Rotating Internship at the Royal Veterinary College.  After 1.5 years in general practice she began a Neuroscience PhD at the University of Cambridge, under the supervision of Professor Robin Franklin. In 2015 she enrolled in a Senior Clinical Training Scholarship in Neurology and Neurosurgery at the Royal Veterinary College, and in 2018 obtained the Diploma of the European College of Veterinary Neurology.  She is currently a Clinician in Neurology and Neurosurgery, with a Postdoctoral research position.

Abbe's current main research project is studying the brain phenotype of muscular dystrophy.  Muscular dystrophy is caused by an absence or deficiency of dystrophin protein in striated muscles, leading to myofibre fragility and repetitive cycles of degeneration and regeneration, progressive fibrosis and paresis. In addition to muscle, dystrophin is also found in the brain and approximately 50% of human patients with Duchenne muscular dystrophy (DMD) consequently show neuropsychiatric disorders, including anxiety, cognitive impairment and autism spectrum disorder, alongside their muscle degeneration. The precise function of dystrophin in the brain remains poorly understood.  Using techniques such as RNAScope and immunostaining techniques we are studying the expression patterns of dystrophin in the canine brain.   Through EEG analysis and cognitive function testing we are then studying the functional consequences of dystrophin deficiency in the canine brain.

Alongside Dr Tom Cardy, Abbe is currently working to establish the RVC's Companion Animal Brain Bank.  Many dogs and cats are euthanised  due to neurological conditions and in the majority of cases these patients are communally cremated, often without a confirmed diagnosis. These samples of brain tissue represent an under utilised and precious research commodity that if appropriately banked could provide a significant resource for neurology research.  We are working to collect brain tissue and biological fluids (whole blood, serum, plasma, urine, CSF, DNA and RNA) from dogs and cats euthanised as a result of neurological disease. The bank also stores tissues from appropriate controls euthanised due to non-neurological disease.  This tissue will be freely and easily accessible to human and veterinary researchers who are working towards understanding the pathophysiology, identifying biomarkers and providing novel treatments for neurological diseases. 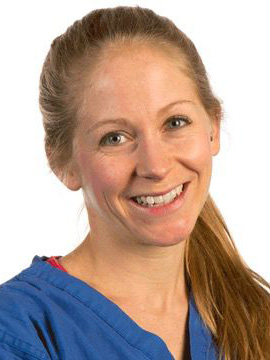