BSAVA PetSavers Masters in Research: Earlier Onset Urinary Incontinence in the Bitch and its Association with Neutering

Thanks to the support of BSAVA PetSavers, a fantastic opportunity has arisen to join the VetCompass team.  Working under the supervision of Professor Dave Brodbelt (RVC) and Dr Dan O'Neill (RVC), the successful candidate will look to characterise the epidemiology of urinary incontinence in bitches attending veterinary practice in the UK and evaluate the association of neutering with the condition.  The project is in collaboration with Dr Jon Hall, senior lecturer in small animal surgery (Edinburgh) and Dr Laura Owen, lecturer in small animal surgery (Cambridge).

On learning of the award, Professor Dave Brodbelt said 'This is excellent news and an exciting opportunity to re-evaluate the role of neutering in urinary incontinence in the bitch. Harnessing the power of big data from VetCompass offers the ability to objectively re-assess this important condition that affects bitches across the UK. We are particularly grateful to BSAVA PetSavers for supporting this important project.’  Dr Dan O'Neill added  ‘Primary-care vets have long been starved of reliable answers to questions about basic activities such as neutering that are routinely posed by their clients. This information vacuum has led to widely varying advice across practices, often based on personal opinion or anecdote.  VetCompass is now addressing this deficiency and is very grateful to BSAVA and PetSavers for supporting this fundamental and essential work.'

An increased risk of urinary incontinence due to sphincter mechanism incompetence in bitches has been attributed to timing of ovariohysterectomy (Holt 1987, Holt & Thrusfield 1993). However, current evidence is equivocal and a recent systematic review, though identifying some evidence of an association between timing of neutering and development of incontinence, highlighted that the existing evidence was of moderate strength at best and further work was required (Beauvais et al. 2012).

In a survey of UK veterinarians, urinary incontinence was the second most commonly stated disadvantage of neutering bitches (Diesel et al 2010). Further, work by O’Neill and colleagues (2014) estimated that approximately 1.7% of practice attending dogs suffered from urinary incontinence. While many affected bitches respond to oral therapy, this generally has to be continued for life (Shiel et al. 2008). Furthermore, a recent study suggested that urinary incontinence in pet bitches was a cause of disharmony in 10 to 20% of affected households, with individual owners reporting feelings of anger and frustration (de Bleser et al. 2011). Therefore, although the direct welfare impact may be considered minor for the affected animal, the potential impact on a large group of dogs, the owner-animal bond, as well as the perceived importance of the condition in the neutering decision-making process, suggest further evaluation of the condition is merited. 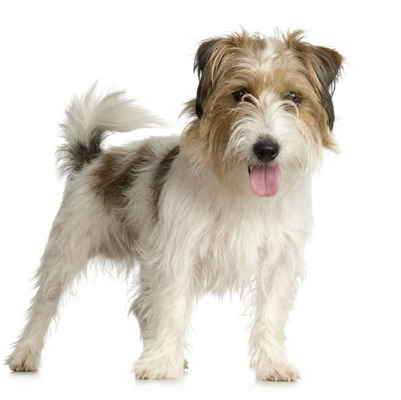