Persian cats are a popular breed worldwide and are instantly recognisable from their luxurious coat and flattened face.

They can cost a lot of money to purchase. But despite this, almost two thirds of Persian cats suffer from at least one health condition according to the largest every study of this breed. The research, which was conducted by the Royal Veterinary College (RVC) in collaboration with the University of Edinburgh. The study revealed that haircoat disorders, dental disease, overgrown nails and eye discharge are the most common conditions diagnosed in the Persian cat. 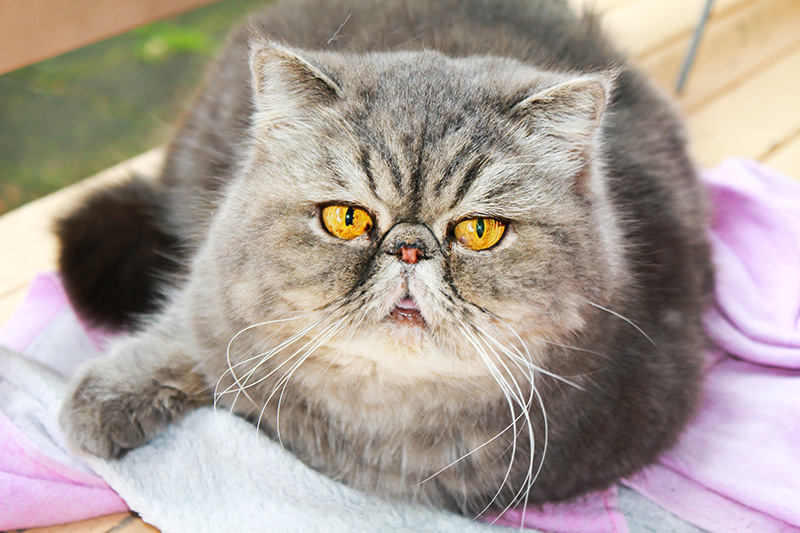 The results of this study will help breeders to select which cats to breed from, veterinarians to spot diseases earlier and owners to ensure that they take preventive measures for common conditions in the breed. This new information will also help the public understand more about the welfare challenges relating to owning and caring for Persian cats.

Key findings from this study include:

The high levels of dental and eye problems seen in Persians are thought to result from the brachycephalic, commonly referred to as ‘flat- faced’, shaped heads of these cats. Previous research has shown that this abnormal head shape has been associated with various health problems in dogs, as well as cats. Meanwhile, the high levels of haircoat problems seen in this RVC study are associated with the thick and long coat of the Persian which is prone to tangling and matting. 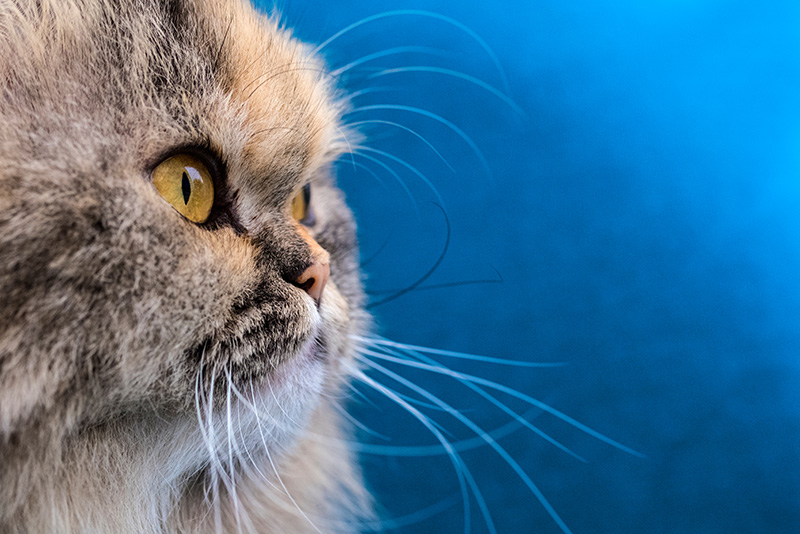 The academics behind this study analysed the clinical records of 3,325 Persian cats using the RVC’s VetCompass™ programme. This enabled them to identify health trends in the Persian cats who were treated under general veterinary care across the UK in 2013.

Dr Dan O’Neill, lead author and VetCompass veterinary epidemiologist at the RVC, said: “Welfare concerns over brachycephaly [flat faces) in dogs have been recognised for some years.  Now, our new study of Persians provides evidence that cats with flattened faces are similarly predisposed to some unpleasant and debilitating conditions. Hopefully this evidence baseline will kick-start demands to reform the Persian breed’s health by breeding towards a less extreme body shape. Additionally, owners of Persians need to be especially alert to dental, eye and haircoat issues in their cats and seek treatment at the earliest signs of ill-health.”

Petra Černá, Intern in Small Animal Internal Medicine, University of Edinburgh and co-author said: “Cats are quite rightly the most popular pet in much of the world. There is a growing preference for pedigree cats and brachycephalic (flat faced) breeds. Persians, a major brachycephalic breed, are one of the oldest breeds, but their ‘type’ (shape) has changed over time, becoming ever more extreme.”

A spokesperson from The Governing Council of the Cat Fancy (GCCF) stated: “We welcome the findings of this study and have long advocated for further research into health issues faced by brachycephalic cats. We have previously raised our concerns regarding the health issues experienced by Persian cats. This study also provides a useful starting point, which GCCF hope will lead to future, more detailed studies aimed at defining the degree of brachycephaly that contributes to the associated health problems. This information would be of interest to breeders, judges and regulatory bodies, who continue to work tirelessly to improve the welfare of one of the oldest and most popular cat breeds.”

The study is published in Nature Scientific Reports and is freely available on open access.