Renato is a Lecturer in Comparative Anatomy & Physiology based on Camden Campus. He delivers lectures in veterinary anatomy, histology, physiology and related subjects to students enrolled in the BVetMed, Graduate (Accelerated) BVetMed, (GAB) Gateway and BSc Biological and Bioveterinary Sciences programmes. He is also tutor for years 1 and 2 students of the respective courses.

Renato is a veterinary surgeon and researcher with a passion for science, animals and people. He initiated his studies in Veterinary Medicine at the Universidade Federal de Lavras (BVetMed) and concluded it at the Universidade de Évora (MVetMed), Portugal, in an integrated format.

He was awarded a PhD in Biomedical Sciences from the Freie Universität Berlin, Germany, where he investigated the molecular factors involved in herpesvirus lytic replication, latency and integration into the hosts' chromosomes. During his PhD, Renato's skills, focus and dedication to the world of academia have been recognised by the Deutscher Akademischer Austauschdienst (DAAD) where he was awarded first place for the best international PhD candidate in the Department of Veterinary Medicine at the Freie Universität Berlin.

Following the completion of his PhD activities, Renato worked as a lecturer at Writtle University College, UK. Concomitantly, he accomplished his Postgraduate Certificate in Veterinary Education (PGCertVetEd) awarded by the Royal Veterinary College.

In 2020 Renato joined the Royal Veterinary College as a Lecturer in Comparative Anatomy and Physiology.

In the field of veterinary education, his research includes the development of new forms of assessment and integrating different areas of the academic curricula. In addition to that, Renato has ongoing projects focused on the use and development of 3D and Virtual Reality as innovative teaching and learning materials to facilitate the knowledge transmission of comparative anatomy & physiology for BVetMed and BSc students.

Renato delivers lectures and practical sessions in comparative veterinary anatomy and physiology and related subjects. He completed his Postgraduate Certificate in Veterinary Education training awarded by the Royal Veterinary College in 2019 and since then he became a Fellow of the Higher Education Academy.

As a veterinary surgeon, Renato worked mainly with small and large animals in mixed practices around the world. He also performed veterinary volunteer service in Tegucigalpa, Honduras, contributing to the advancement of local animals’ health.

Renato participates in different outreach ativities, including Open Days, the Night at the Vet College and Taster Days. 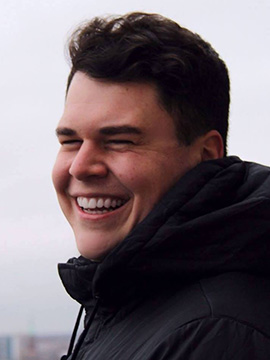