I am an academic in the department of Comparative Biomedical Sciences at the Royal Veterinary College, working to understand the mechanisms that underlie neurodegeneration in humans and animals.

I have been investigating the causes of neurodegeneration for two decades, working on Alzheimer’s disease, the Prion diseases and, since 2005, Parkinson’s disease. My major research interest is understanding how mutations associated with neurodegenerative diseases alter the way brain cells work, causing them to die. I studied biochemistry at the University of Manchester, working for a year at the Mayo Clinic in Florida with Dr Todd Golde on the molecular mechanisms of Alzheimer's disease. I then undertook graduate studies at the MRC Prion Unit, supervised by Dr Graham Jackson and Professor Tony Clarke, before moving to the National Institute on Aging in Bethesda were I started working on the cell biology of Parkinson's disease. I returned to the UK in 2007 to take up a Brain Research Trust fellowship at the UCL Institute of Neurology. From 2010 to 2015 I was a Parkinson’s UK research fellow, investigating mutations in the LRRK2 gene, starting my own group at the University of Reading in 2013 as an Associate Professor. I moved to the Royal Veterinary College in 2020. 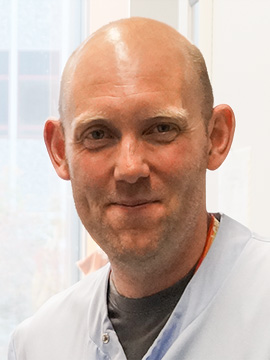