I began my research career at the University of Valencia (Spain), where I obtained my PhD in biodiversity and evolutionary biology under the supervision of Dr. Diego Rasskin-Gutman at the Cavanilles Institute of Biodiversity and Evolutionary Biology. During my PhD I worked on implementing mathematical tools from the field of network theory to studies of comparative anatomy in evolution and development. We called this novel approach to study morphology Anatomical Network Analysis (AnNA). I used AnNA to study the evolution of the morphology of the skull in tetrapods.

After my PhD I took a sabbatical year to live in Poland. After applying to several postdoctoral positions, I was awarded a 3-year Marie Skłodowska-Curie Fellowship to work with Prof. John Hutchinson at the Department of Comparative Biomedical Sciences of the Royal Veterinary College. My project at the RVC aimed at studying the morphological evolution of pectoral and pelvic appendages during the transition from fins to limbs that took place during the Devonian Period, using the mathematical tools I developed during my PhD years. During the first two years of my fellowship I was based in the United States, at the Howard University College of Medicine (Washington, DC). There I learned the basics of muscular and skeletal anatomy of limbs in extant species of lobe-finned fishes and amphibians under the supervision of Prof. Rui Diogo. After this out-going phase, I returned to the RVC to continue my project studying extinct species of early tetrapods. 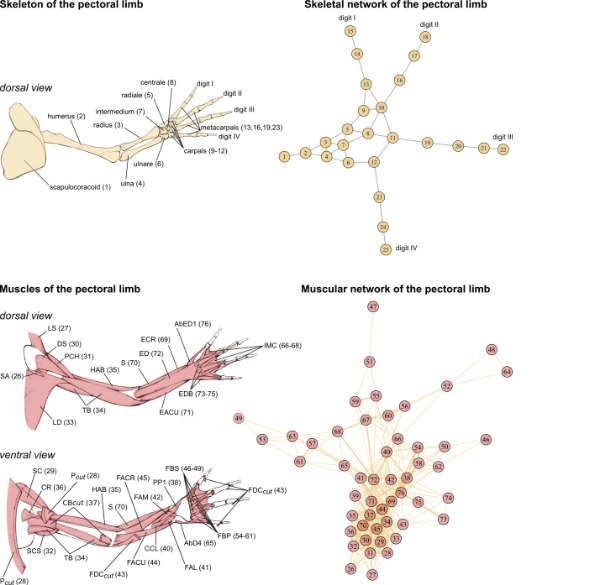 At the same time, and since the beginning of my PhD, I have kept as many open collaborations as I could to explore some other topics I am also interested in. In particular, implementing AnNA in other taxa (Primates) and anatomical systems (brain, neck, limbs), as well as, the study of craniofacial pathologies such the premature closure of cranial sutures (craniosynostosis) in new-borns.   The last months of my Fellowship at the RVC I start applying for future job positions. In this regard, I value greatly the support of my supervisor as well as the career development opportunities provided by the RVC, of which I made a good use.   Some months before finishing at the RVC, I was awarded a Junior Leader Fellowship by “la Caixa” Foundation, a prestigious 3-years fellowship that has allowed me to move back to Spain to pursuit my research on the evolutionary roots of craniosynostosis.