Following the BBC documentary, Pedigree Dogs Exposed, the health and welfare of pedigree dogs was thrust into the limelight. Some of their problems are unintended consequences of inbreeding, when recessive or linked genes result in unexpected problems for a breed. But our research is concerned with conditions that have arisen as more direct consequences of artificially selecting for dogs with extreme appearances, whether a pedigree or a cross-breed.

How extreme is too extreme?

During Rowena Packer's PhD (supervised by Charlotte Burn and Anke Hendricks), she quantified the relationship between body shape and three conditions suspected to be caused by extreme morphology:

The aim was to be able to define safe limits to protect dogs from almost inevitable suffering as a result of their appearance, asking, for example, "how short a muzzle is 'too short'?".

Rowena's work was supported by a BBSRC/RVC studentship and research funding from UFAW and Dogs Trust, and she completed her thesis in 2013. We continue to work with stakeholders to ensure that the findings will feed into improving the breeding and treatment of dogs with potentially extreme conformations. 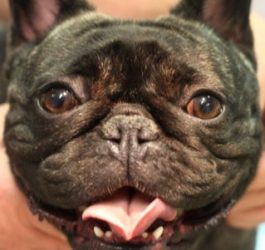 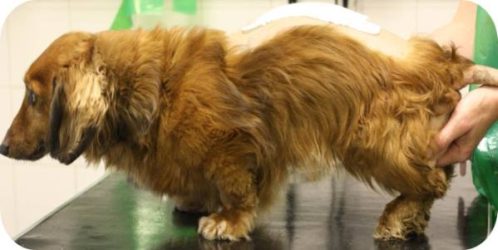 The aforementioned respiratory syndrome, BOAS, is difficult to diagnose with certainty, partly because it's different for each dog and partly because examination of the airways needs to be done under general anaesthetic, so a non-invasive biomarker could really help. Also BOAS is a continuum ranging from mild to severe, so biomarkers could reveal the point at which BOAS really starts to affect dog physiology and quality of life. Our previous research showed that BOAS is often dismissed as 'normal for the breed'.

Sara Cibellis (supervised by Charlotte Burn and Anke Hendricks) undertook an MSc project to determine whether there were physiological markers that could help diagnose the respiratory severity of BOAS.