Tuberculosis at the RVC

A study of the contact patterns between a wide range of species to better understand the risks of disease transmission between livestock, wildlife and people.

Many diseases spread between species. Humans are no exception: we share most of our infectious diseases with other hosts. This means we may become infected from other species (for example, catching rabies through being bitten by an infected dog) or we may be the source of infection to other species (for example, spreading antibiotic-resistant bacteria to livestock or pets). In order to reduce the risks of disease transmission, we need to better understand how different species interact—and what the risks are when they do. Knowledge of the types, frequency and duration of contacts (also called interactions) between species allows us to identify risk factors for disease transmission and so help improve control strategies.

We study a range of species (farmed livestock, wildlife and humans) focusing on patterns of contact between species and the implications of these contacts for disease transmission. Bovine tuberculosis (TB: infection with Mycobacterium bovis) spreads between cattle and badgers in the UK and Ireland but it is unclear where or when transmission occurs. We investigated direct and indirect interactions between badgers and cattle using automated proximity loggers which recorded when each species contacted the other, or when they visited base stations located next to badger latrines on cattle pasture. We discovered that direct contacts between badgers and cattle at pasture were very rare despite ample opportunity for these to occur. On the other hand, indirect interactions (visits to badger latrines by badgers and cattle) occurred much more frequently. Our findings suggest that indirect interactions could more important than direct contacts for spreading TB between badgers and cattle at pasture. The implications of this are that it may be better to put effort into reducing indirect contacts—for example by preventing cattle from grazing around badger latrines—than worrying about direct contacts between cattle and badgers on pasture (because they rarely happen).

If you were asked to measure how often two species contact each other, how would you sometimes it means physical contact; sometimes it means just being do it? We reviewed the scientific literature to find out how researchers typically record contacts (also known as interactions) between species. We found a lack of consensus on what exactly constitutes in the same proximity; and often it is vague. We needed a clearer and more consistent approach, one that explicitly took into account the closeness and duration of a contact. As a result, we developed a unified framework to define contacts that is sufficiently flexible to be applied to most species. Our framework focuses on wildlife and livestock—because they share a lot of diseases, such as tuberculosis. This framework is freely available and will help standardise the collection and reporting of contact data; a valuable step towards being able to compare the efficacy of wildlife-livestock observation methods. In doing so, it may aid the development of better disease transmission models and improve the design and effectiveness of interventions to reduce or prevent disease transmission.

We collaborate with colleagues at the Animal and Plant Health Agency, the London School of Hygiene and Tropical Medicine, and the Pirbright institute. 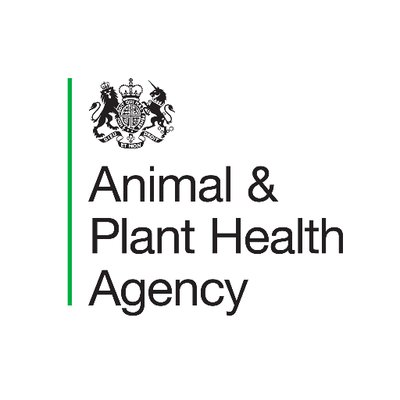