Emily is currently working as a research technician on the ERC-funded DAWNDINOS with Prof. John Hutchinson. Her work involves segmenting CT scan data in order to create 3D models that can then be used to test questions of locomotory performance in fossil archosaurs.

Emily has always been interested in Mesozoic archosaurs and in particular is interested in their evolution throughout the Triassic. She completed her MSci in palaeontology and evolution at the University of Bristol in 2017 where she spent her final year studying late Triassic microvertebrates from fissure fill deposits in Wales. Since graduating, she has interned at the Great Plains Dinosaur Museum in Montana where she acted as a fossil preparator and volunteered at the London Natural History Museum in both the Imaging and Analysis Center and the Conservation Lab.

Emily has taken part in scientific outreach activities regularly since she was an undergraduate. Working with the Bristol Dinosaur Project, she has visited many schools and after-school clubs in the Bristol area to give talks and lead workshops on dinosaurs, evolution and geology. Independently, she has also run workshops with the Scouts.

Outreach events Emily has been a part of include the Bristol Rocks event at the Bristol Museum and Gallery (also in conjunction with the Bristol Dinosaur Project), the Festival of Nature (with the University of Bristol) and the Wine and Dino evening at the Great Plains Dinosaur Museum and Field Station in Montana, where she led members of the public around the museum's prep lab.

In 2017, Emily worked at the Bristol Zoo Gardens as a "dino ranger" sharing her passion for palaeontology as part of the DinoMania exhibit.

She has served as the palaeontological consultant on a number of projects with DK Publishing including an app in 2016, a non-fiction book "Does a Dinosaur Roar" and a fiction book where the protagonists are sent back to the Jurassic. As a writer, Emily has written pages on extinct life in a book on life cycles. 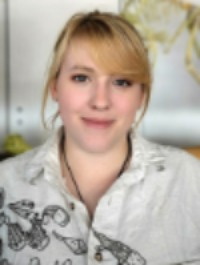